Interior solutions that make a difference. 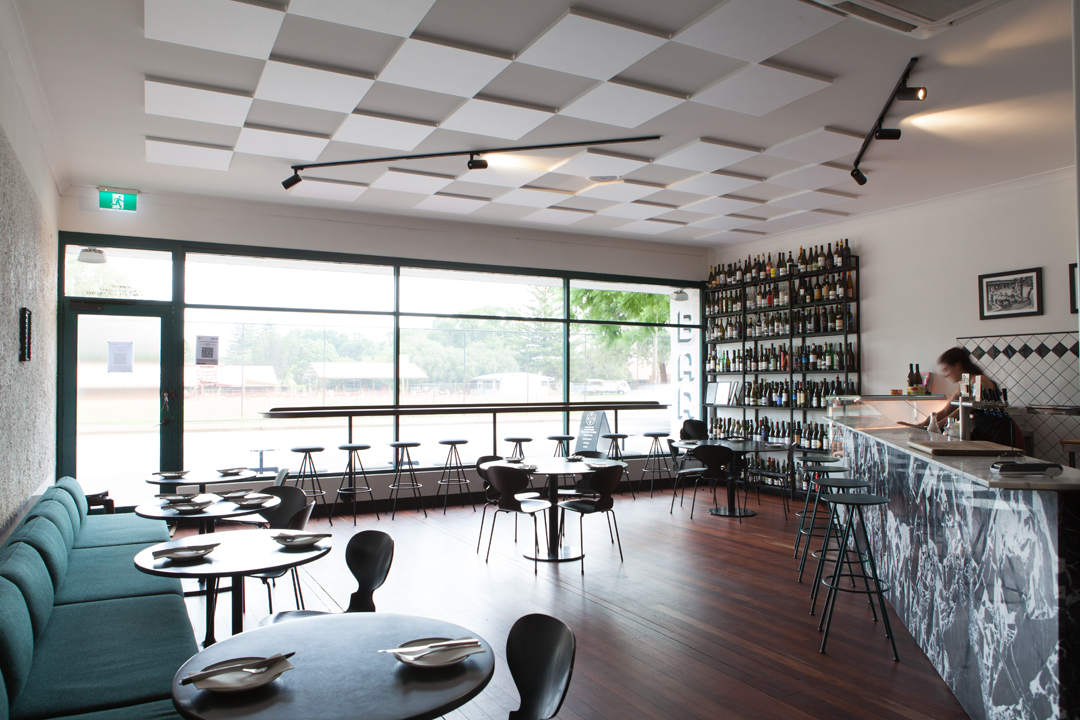 Noise reduction on the menu for popular Perth bar

Their hard surface dominant interiors — featuring a huge marble bar, floorboards, and large exposed windows — were causing significant reverberation and flutter-echo in the space, which is a common issue for many bars, café and restaurants today.

Customers were often commenting on how overwhelmingly loud it was, so owners Tania Nicolo and Ryan Bookless spoke to fellow interior industry peers about their acoustic issues and were recommended to get in touch with Tim Stacey from COVRD to help with a solution.

Tania and Ryan wanted to maintain Mummucc’s energy and sense of liveliness but minimise the intensity of the noise when the room was full. The acoustic treatment also had to look “cool” and suit the minimal Mediterranean aesthetic.

In consultation with Pro Sound Productions acoustic engineer Shannon de Bie, Tim recommended the installation of Instyle Australia’s Ecoustic 25mm Panel in White — which achieves a noise reduction coefficient of NRC 0.85 — fixed directly to the ceiling. This panel is perfect for absorbing voice frequencies, as well as noises such as cutlery, glassware and satiated “yummmm” sounds.

Tania and Ryan wanted to install the panel in a unique checkerboard pattern on the ceiling, which was done in one and a half days with minimal disruption to the bar’s operations.

Prior to installing the panels Shannon measured the bar’s reverberation time (RT) at 2.20. The longer RT makes speech more difficult to understand, which no doubt frustrated patrons who probably like their cannoli with conversation. Post-installation the RT is now 0.79 seconds, which Tania said made a remarkable difference to the space.

Tania said the bar can still get loud when it’s full but each table can hear each other and no one complains about how noisy it is anymore.

“We are stoked with the end result, and once we decided on the design it was so easy to install. The boys (from Pro Sound) did an amazing job!” Tania said.

Hospitality interiors often feature hard, sound-reverberating surfaces such as glass, timber, polished concrete floors and hard seating. The interior trends favouring these elements results in increased noise and disruption to patrons as well as staff. At COVRD, we offer a vast range of acoustic treatments suitable for a variety of interior applications such as ceiling, walls and windows. Please email us should you have any queries.

HEAR MORE FROM US